Visions of the past

Posted on March 28, 2012 by photosfromtheloonybin

Last Saturday we decided to get my son, Daniel, out of the house for a bit.  He was recovering well from his tonsillectomy, but he had been cooped up in the house for days, and I needed to see whether he was ready to go back to school or not. My hubby had driven through the small town of Palmerston the day before and noticed that they had an old steam engine on display, so we decided to go and check it out.  The town has built a beautiful park around the old restored train station with the steam engine on display at the entrance.

I, of course, went crazy with my camera which resulted in two problems.  First, I want to share my photos with my fellow bloggers, but I took so many pictures it was very difficult to choose only a few to include in my blog.  My other problem was editing the photos.  On that particular day it was overcast which I always understood to be the best conditions for photography.  However, I soon realized, after uploading my photos to my computer, that when you put a dark black train against a colourless sky, the sky becomes blown out in the photos.  Not being an expert by any means with Photoshop, I have done my best, and I will share them with you over two days.  Today’s photos are of the train itself, with quite a few close ups.  Tomorrow’s post will show the train station and the tracks.  I hope you enjoy them. 🙂 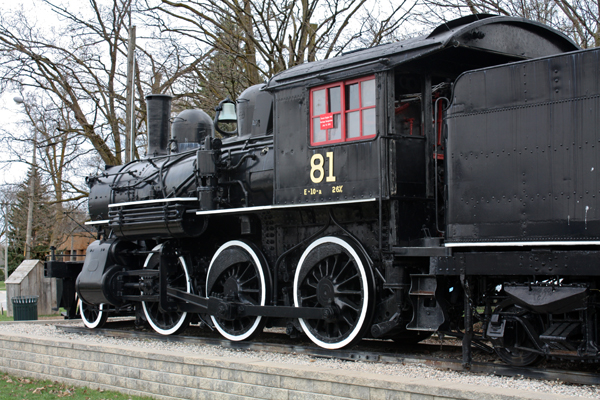 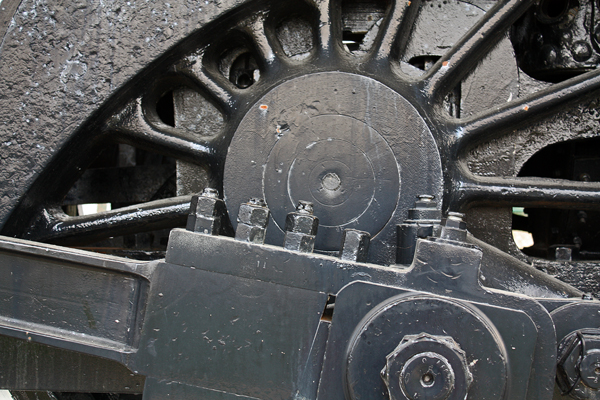 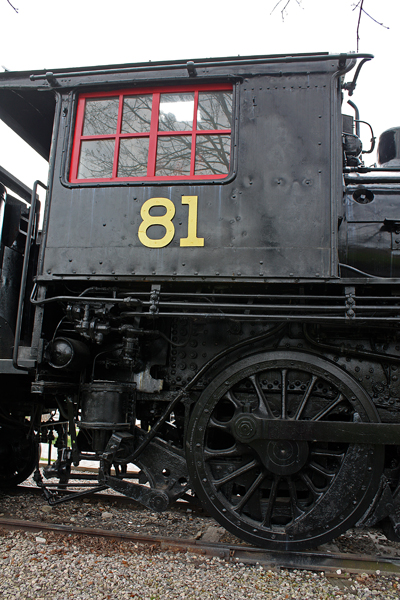 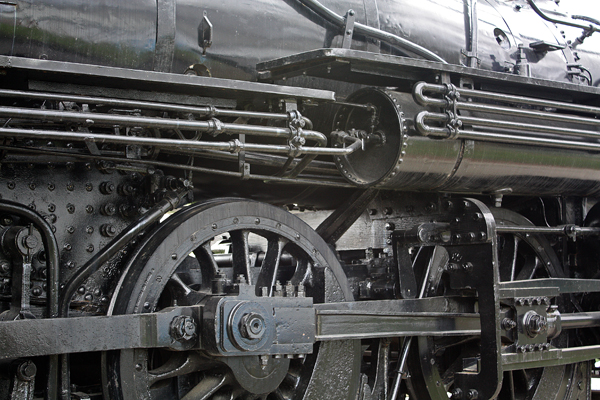 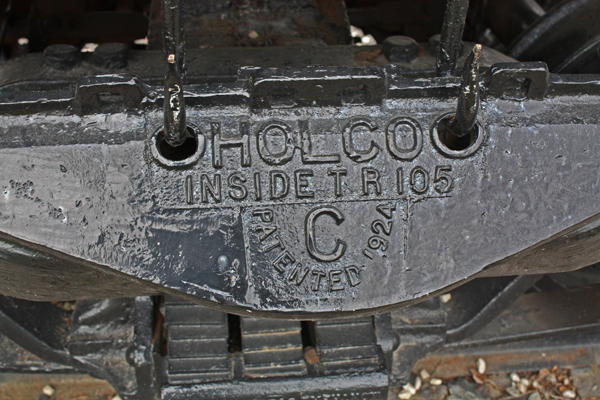 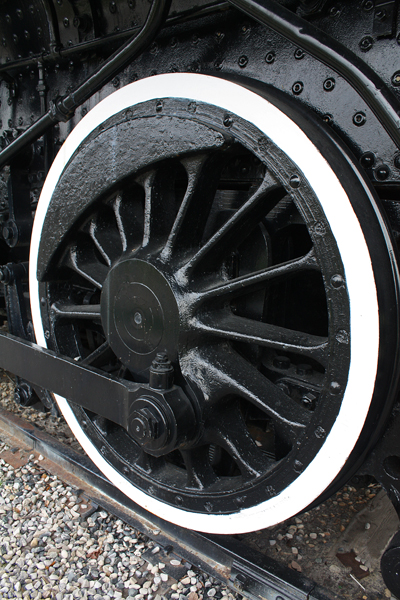 7 Responses to Visions of the past