Let’s get a little Outlandish!!

Posted on October 19, 2014 by photosfromtheloonybin

Fall is upon us and as usual that means that life tends to slow down a bit, so I have spent a lot of time reviewing my trip photos this weekend.  I have pretty much decided to post everything chronologically, but this post is going to be a little bit different.

Do we have any Outlander fans out there?  For those of you who aren’t, Wikipedia describes it as follows:  “Outlander is the first in a series of eight historical multi-genre novels by Diana Gabaldon. Published in 1991, it focuses on 20th century nurse Claire Randall, who time travels to 18th century Scotland and finds adventure and romance with the dashing James Fraser.”  Outlander is a hugely popular series, and any woman who reads the series quickly falls in love with Jamie.  As part of the promotion for the Outlander TV series, a Pocket Jamie was created that fans could print and cut out, and they were encouraged to take pictures with him and share them on social media.

I saw Diana Gabaldon at a book signing in Barrie, Ontario in June of this year which was thrilling.  I met her and had her autograph her latest book, Written in My Own Heart’s Blood, as well as my Pocket Jamie.  Then I went straight to the local Staples store and had my Pocket Jamie laminated.  Then he joined Mike and I on our trip of a lifetime to Paris, London, and Scotland.  Mike was a really good sport holding Pocket Jamie for photos whenever we remembered to (although we did forget some places), and I now want to share them with you.  I am also going to send a link for this post to Diana Gabaldon in hopes that she will be happy to hear all about Pocket Jamie’s adventures with the Taylors :).  I know many of you are now thinking that I have finally lost my mind, but this is Outlander folks!!  It’s huge, trust me!  Here we go, and don’t forget these photos are just for fun, so they are not particularly good quality :).

The journey begins at Toronto Airport

One of the love lock bridges in Paris. 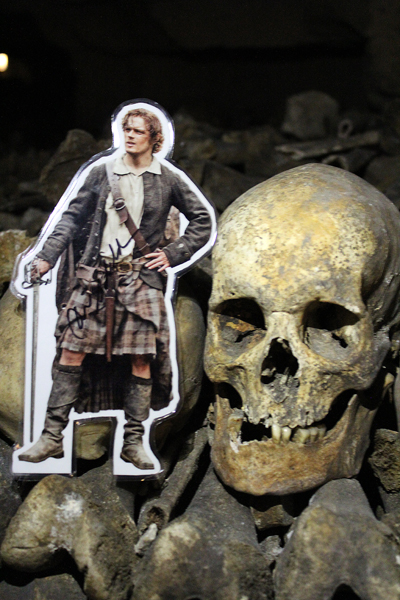 The Paris Catacombs. Jamie thinks this guy might need a little dental work :).

Was Jamie a little nervous around the Beefeaters at the Tower of London? 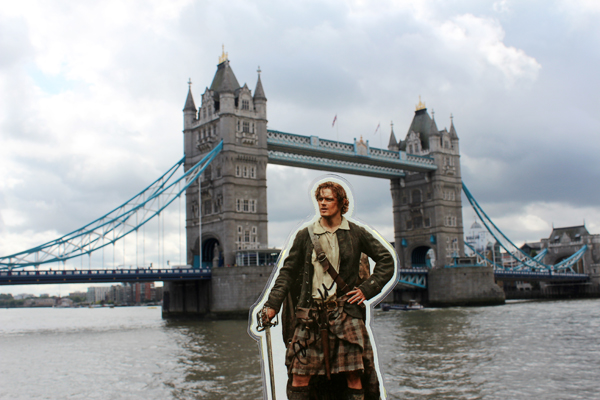 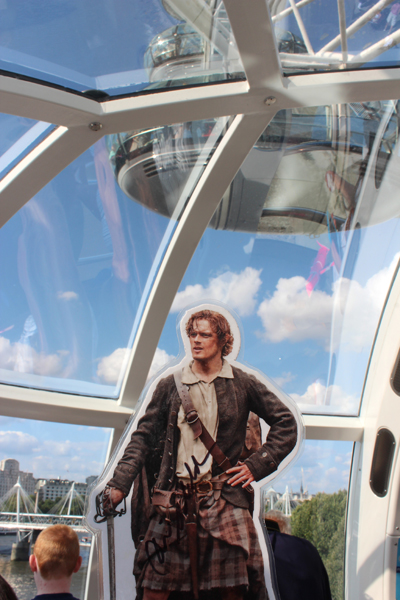 Jamie loved his trip on the London Eye :).

Even Jamie couldn’t get this guard at Windsor Castle to crack a smile.

Jamie travelling back in time at the Roman Baths in Bath, England.

Jamie wanted to time travel at Stonehenge, but I wouldn’t let him touch the stones. Read the synopsis for Outlander if you don’t get this one.

Jamie contemplating whether or not to climb to the top of Scott’s Monument in Edinburgh, Scotland. It was a hell of a climb! 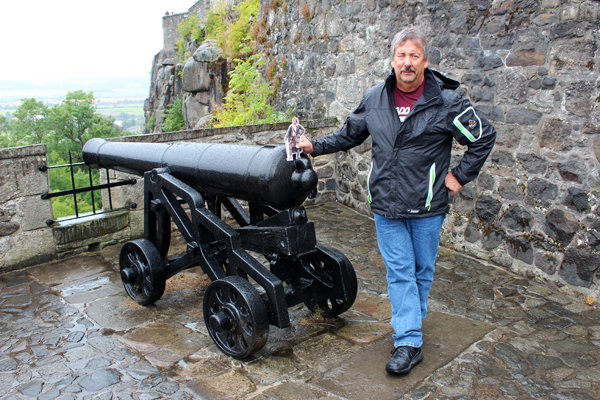 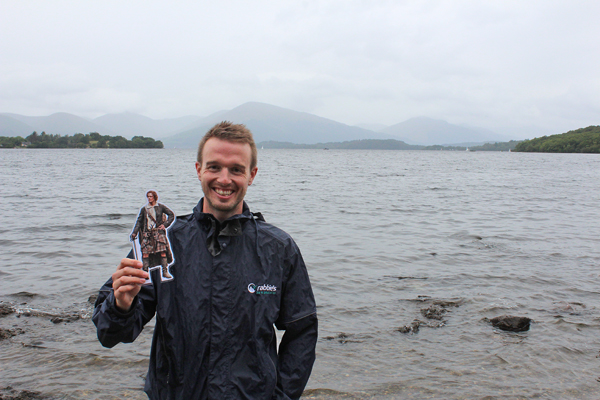 Jamie and our tour guide, Scott, at Loch Lomond, Scotland.

A view of Edinburgh from the top of the Nelson Monument on Calton Hill in Edinburgh, Scotland. 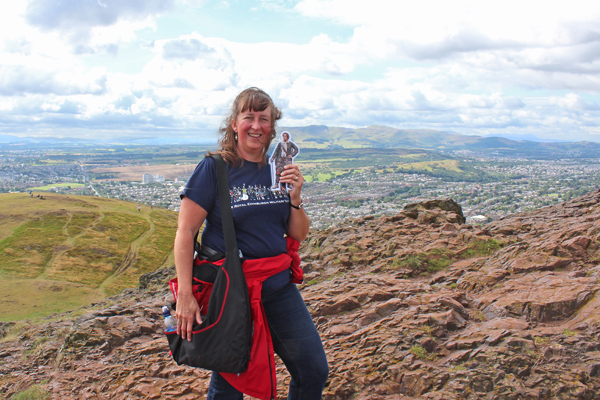 The view from the top of Arthur’s Seat in Edinburgh, Scotland.  This climb was a lot easier for Jamie than it was for me! 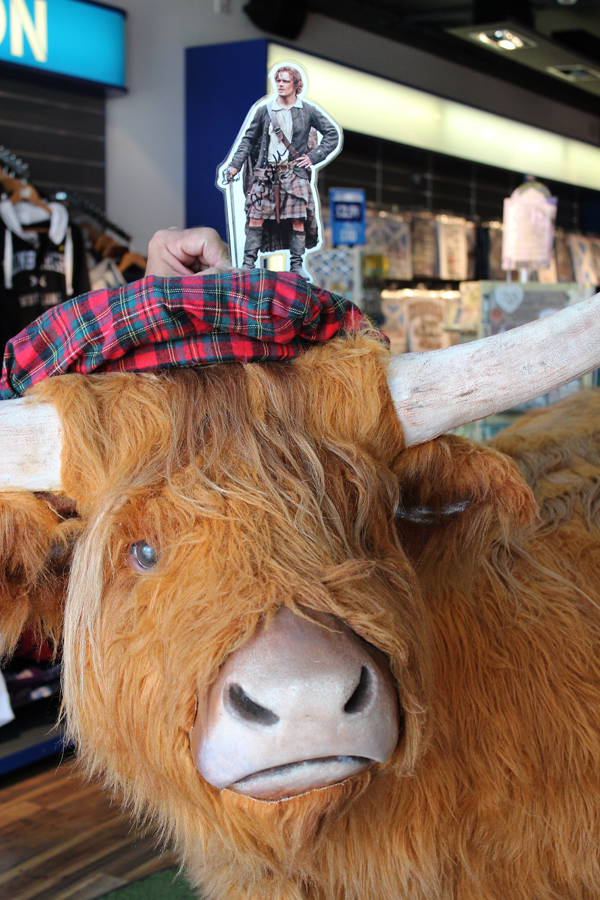 After all these adventures, Jamie deserved a treat :).

Now I’ve heard of eating haggis, but haggis potato crisps?? Do you think Jamie is brave enough to try them.

26 Responses to Let’s get a little Outlandish!!