Posted on June 23, 2014 by photosfromtheloonybin

Best day ever yesterday!!!!  My bff and I drove to Barrie, Ontario to see Diana Gabaldon, author of the bestselling Outlander series.  We haven’t had a chance to get together in ages, so the hour drive gave us a great chance to catch up.  We arrived at the Chapters bookstore where Diana was appearing about three hours early, and it was a good thing we did because there were already 35 people in line ahead of us.  One couple even slept there overnight!!  We killed time while we were waiting talking to people and taking our pictures with the giant cutouts of the characters from the TV series based on her books which is starting in August.  By the time 1pm rolled around, the store was packed with anxiously waiting fans, and the atmosphere was awesome.

Diana spoke for about 20 minutes or so, telling us all about how she got her start as an author, and then she took questions from the audience.  She has an incredible, sarcastic sense of humour and kept us all laughing the entire time.  Afterwards, we were able to get her new book signed and have our pictures taken with her.  She is one of my favourite authors of all time, so it was definitely a thrilling day for me.  Here are some of my pictures for any of the Diana Gabaldon fans out there. 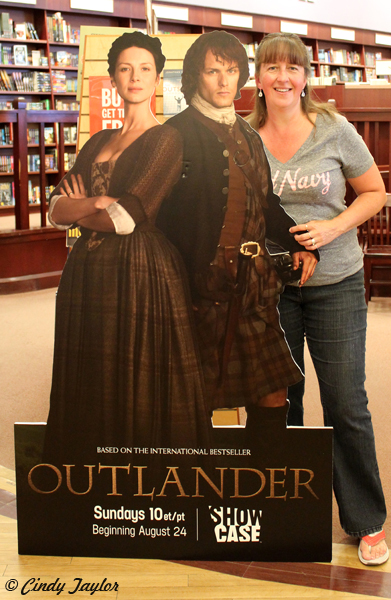 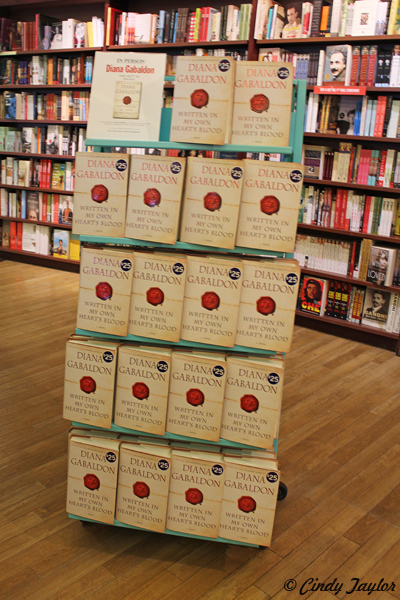 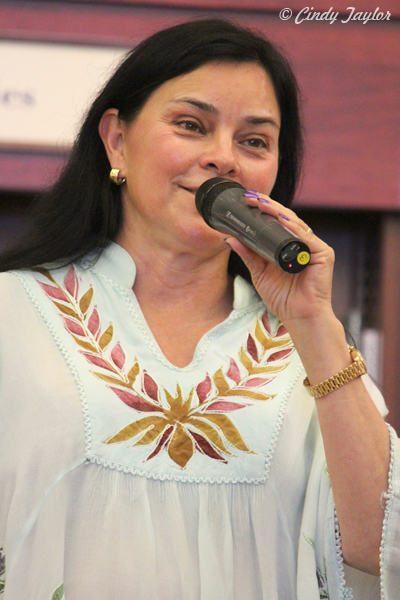 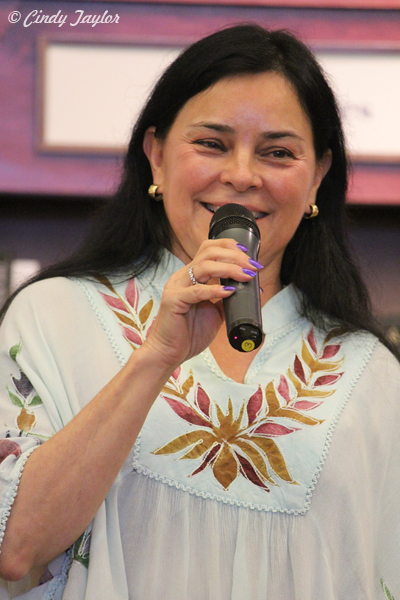 Now, I have to share another photo with you to give you your laugh for the day :).  Are any of you familiar with Flat Stanley?  He is the character from a children’s series of books, and in the hopes of getting children to write more letters, a program was started where children take a cutout of Flat Stanley and send him to a person in another part of the world.  That person then takes Flat Stanley on a tour of their city/town/country, and takes pictures to send back to the child, so that they can see the adventures Flat Stanley has been on.

Well, I saw a cutout of Jamie, the main male character in the Outlander books, on the website for the TV series, so my son’s girlfriend and I came up with the brilliant idea that I should make a Flat Jamie and take him on my trip to Paris, London, and Scotland this summer.  I will take pictures of him everywhere we go!  Seriously, there was no alcohol involved in this idea – I’m just a little bit strange.  So, I cut out Flat Jamie, glued him to some cardboard, and took him with me yesterday.  Diana signed him and then I got him laminated, so he’s all ready to travel.  The quality of this photo is terrible, but here he is:

12 Responses to A Booklover’s Dream