Ending the week with a bang!

Posted on July 19, 2013 by photosfromtheloonybin

OMG, Cindy is actually posting on her blog, and it’s not just the mystery photo!!  What?? She’s not outside reading??  Something must be wrong!  Well, I heard on the radio today that the average heat wave lasts five days, so I guess after a whole week of extreme heat and humidity like we have had, the conditions became just right for a super duper summer storm to break the humidity.

We had been under severe thunderstorm warnings and tornado watches all day long, and when I headed to the grocery store after work at 3pm, the skies were looking quite ominous.  Then Daniel called to tell me that it was storming something fierce at home (20 minutes north), so I knew I had to get my butt in gear.  I raced my shopping cart around the store, checked out my groceries and packed them in record time all the while watching as the clouds amassed and the sky became darker and darker, and then I ran to the car to get everything in the trunk just moments before the sky opened up.  On the way home as I drove out of the rain, I stopped on the side of the highway to take these photos of the clouds at the back end of the storm. 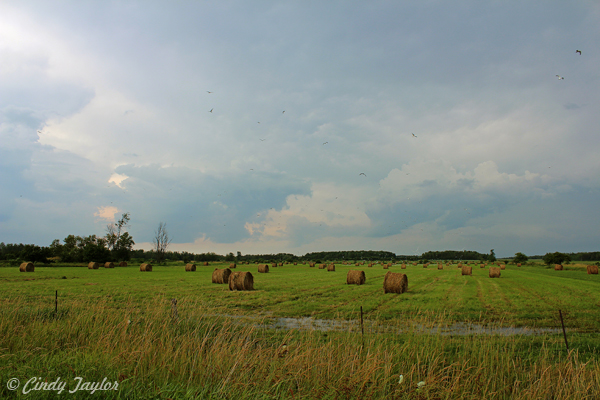 Arriving home, I called to the boys to help me unload the groceries from the car because I could tell from the look of the sky north of our house, that we weren’t done yet!  Here are some shots from our back deck.  The clouds were spectacular, and the thunder and lightening were awesome!! 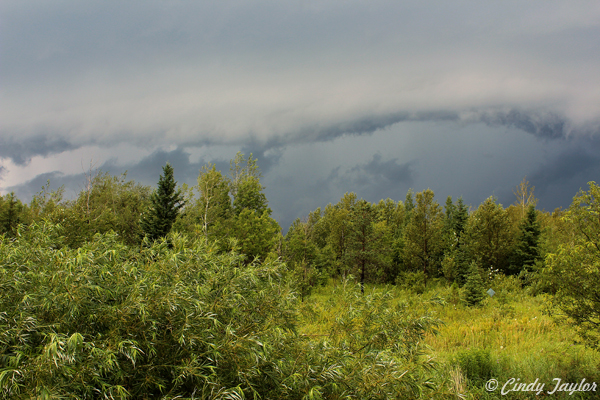 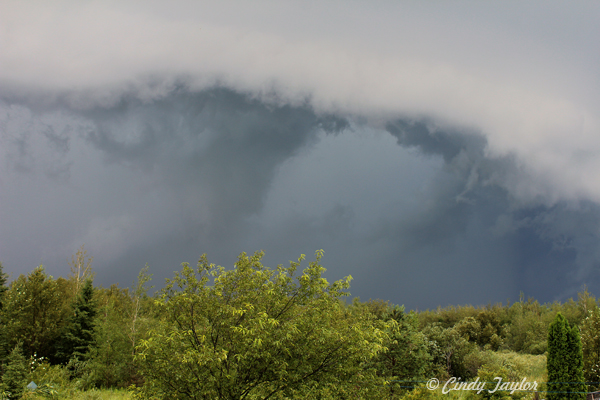 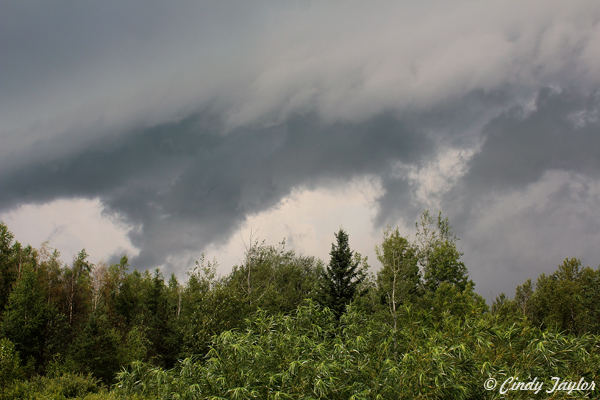 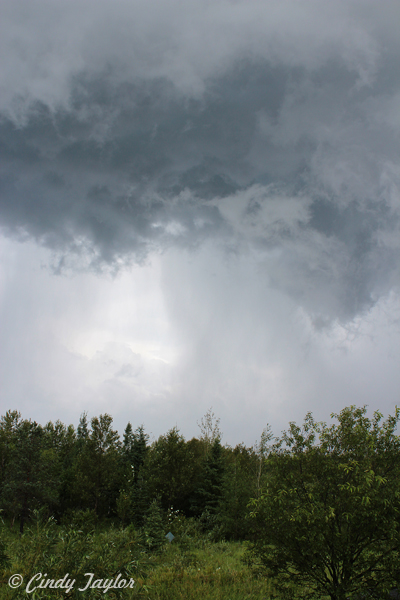 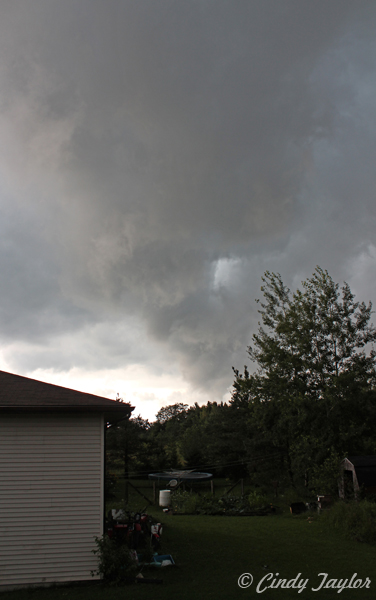 It rained, it passed, it rained again, it passed.  At one point, my hubby called to tell me that he was driving home on a backroad at 10 km/hr with his hazard lights on, and he couldn’t see two feet in front of him.  He said it was just as bad as a whiteout!  Although photos never quite look the same as what we remember, here is one shot of the rain from the safety of our garage.  You can see the tall trees across the street are blowing pretty good. 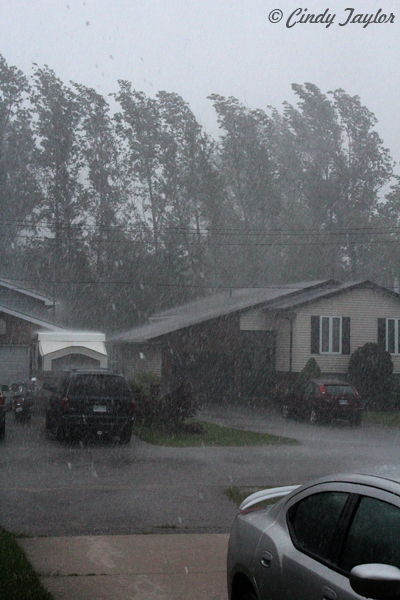 So, that is how I ended my week with a bang – actually quite a few bangs and flashes – and now since I didn’t get to read outside in the sun today, I am going to curl up on the couch with my book :).  Have a great weekend everyone!

34 Responses to Ending the week with a bang!