Posted on October 10, 2012 by photosfromtheloonybin

It’s always nice when you can bring both sides of a family together for a special holiday, which is what we did for Thanksgiving.  Not only were my parents in town for a visit, but Mike’s mom, sister, and brother-in-law also joined us for Thanksgiving dinner, and they brought with them an absolutely gorgeous bouquet of flowers.  It was not, however, until the next morning while I was eating breakfast that I really had time to appreciate fully their beauty.

After breakfast was over, my mom and I remained at the kitchen table practicing our photography skills on the bouquet.  My dad and Mike were just shaking their heads at us when a half an hour passed and we were still sitting there snapping away with our cameras.  You would think that something so pretty would be easy to photograph, but it was surprisingly difficult.  I took shot after shot trying to capture the look I wanted, but it wasn’t until the natural light coming in the window was at a certain angle and I put up a homemade backdrop behind the flowers that I began to have any success.  Here are two of my favourites.  Which do you prefer, the dark background or the light background? 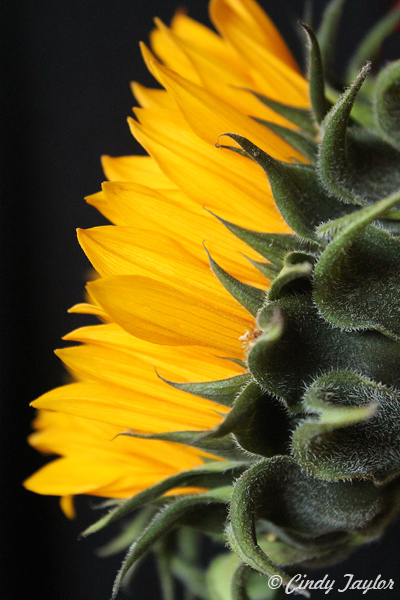