Posted on July 10, 2012 by photosfromtheloonybin

Continuing from yesterday, next up in the line-up at Big Music Fest was Down With Webster, a Canadian rap rock band from Toronto, Ontario.  Now talk about photographic challenges – these guys were definitely the hardest to photograph that day because they never stopped moving, and I mean never!  It was like watching a group of kids hopped up on chocolate, and most of my shots didn’t turn out because they were half out of the frame before I had a chance to hit the shutter button!  I am generally not really into rap myself, but these guys are amazing!!

Because of their intense energy, they really got the crowd going, as you can see from this photo where everyone is making a “W” with their hands as they sing and dance along.

I just had to get a shot of this guy because he was the only one rockin’ a toque in the 30 degrees Celsius weather. 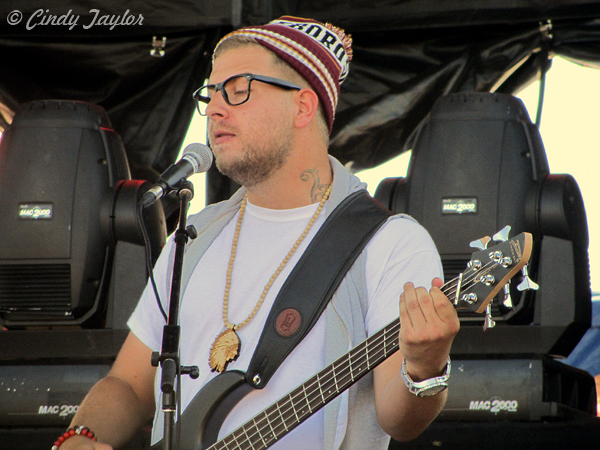 This one is my absolute favourite because of the composition – the expression on his face captured through the triangle created by his arm and the guitar. 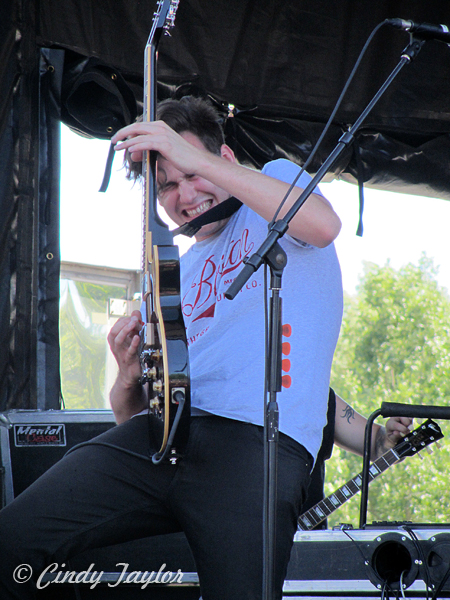 The next two shots show the singers who were like energizer bunnies.  They never stopped – not once during their set!! 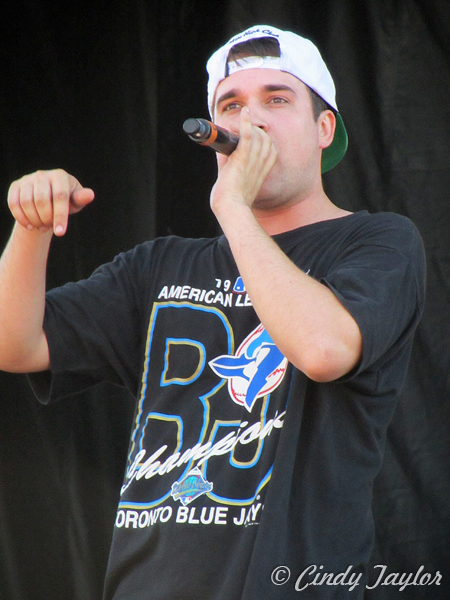 Last but not least is the drummer who wins the award for the most wacky hair of the day LOL :).