Posted on June 23, 2012 by photosfromtheloonybin

There was no time for the tripod.  I knew a storm was coming, and it was coming fast!  You could feel the building tension and the electricity in the air.  I really love storms, so when I arrived home from work on Thursday and saw the grey and black clouds chasing the fluffy white clouds at breakneck speed, I knew we were in for it!!  So, I grabbed my camera, ran out on the back deck, and started snapping away. As the wind steadily increased in intensity and blew through the open patio door, the attic door slammed open and shut and things started to blow off the dresser in my bedroom.  So, I had to momentarily stop shooting and tie down the patio chairs and throw light objects inside the house.  Then back to shooting.  It soon became quite difficult to hold the camera steady as gusts of wind hit me in the back, but I was determined to capture what I could.

Daniel joined me on the deck to watch the approaching storm, and before long the sky opened up and we had to make a quick retreat inside to batten down the hatches. It hit and it hit hard.  We ran around the house closing windows, and I hurried outside to put my hanging baskets in the garage.  Looking out from the garage I could see the tall poplar trees across the street bent sideways, garbage cans rolling down the street, and then I noticed our BBQ cover from the backyard in the front yard and rushed out to rescue it.  All the while, I kept hearing a banging sound.  When I cautiously opened the back door, I found that the canopy on our swing was slamming against the back of the house causing the whole swing to almost lift off.  Daniel and I ran out and wrestled it into the house.  Within seconds we were drenched – in fact, the wind and rain were so strong that it took my breath away.  Then the power blinked out but was thankfully back on in minutes.

As suddenly as it started, it stopped and the birds began to sing once again.  We had no damage, but across town a tree fell across three power lines and caused an explosion.  The fire and hydro crews had to be called.  Luckily nobody was hurt. I took so many photos of the approaching storm that it was hard to choose, but I tried to pick out a few of the best to show you how quickly the sky changed.  What was even more exciting was the sunset later that night as the sky was still full of clouds, and the colours were ever changing.  Stay tuned tomorrow for a sampling from those pictures. 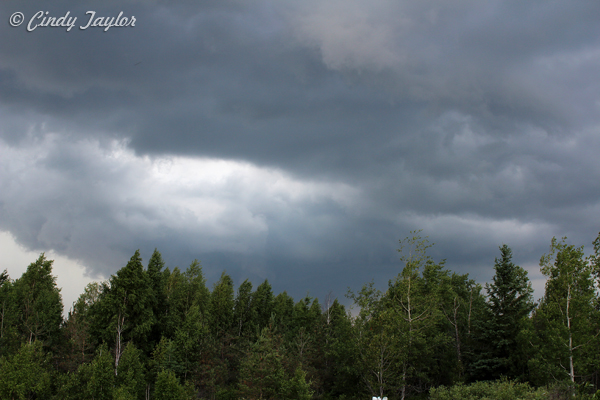 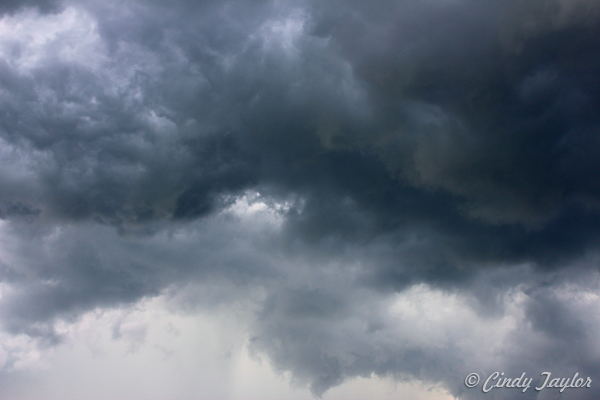 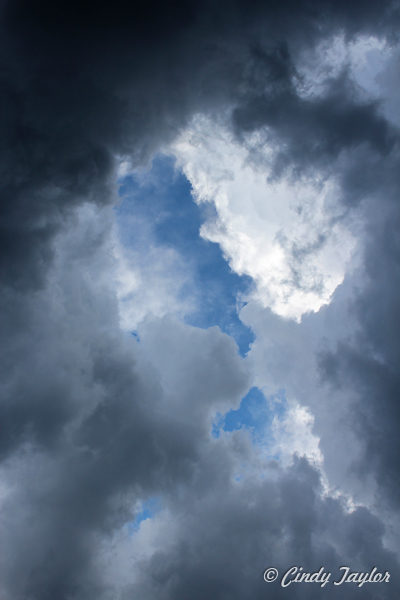 11 Responses to A Storm Approaches…..