Punting on the Cam

Posted on February 23, 2012 by photosfromtheloonybin

Ok, so I know I said I was done with my series on Cambridge, England, but I forgot one aspect of Cambridge that I found very quaint.

While Cambridge is world renowned as a centre for knowledge and learning, it’s not all about hitting the books.  There is rest and relaxation as well, and one of the best ways to do just that is to go punting on the Cam.  A punt is a square-ended boat which has a flat bottom with no keel and is usually propelled using a long pole. Punts were developed in Medieval times to provide stable craft which could be used in areas of water too shallow for rowing conventional craft.  Punts were introduced to Cambridge as pleasure craft in Edwardian times and even now punting on the River Cam on a lovely summer day is still an image often associated with Cambridge.  It’s also referred to as punting on the Backs, as the River Cam runs behind the colleges of Cambridge University.  Here are three of my favourite photos from the Backs. 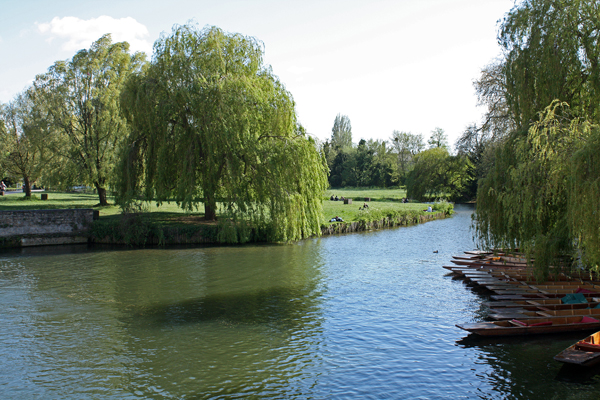 8 Responses to Punting on the Cam